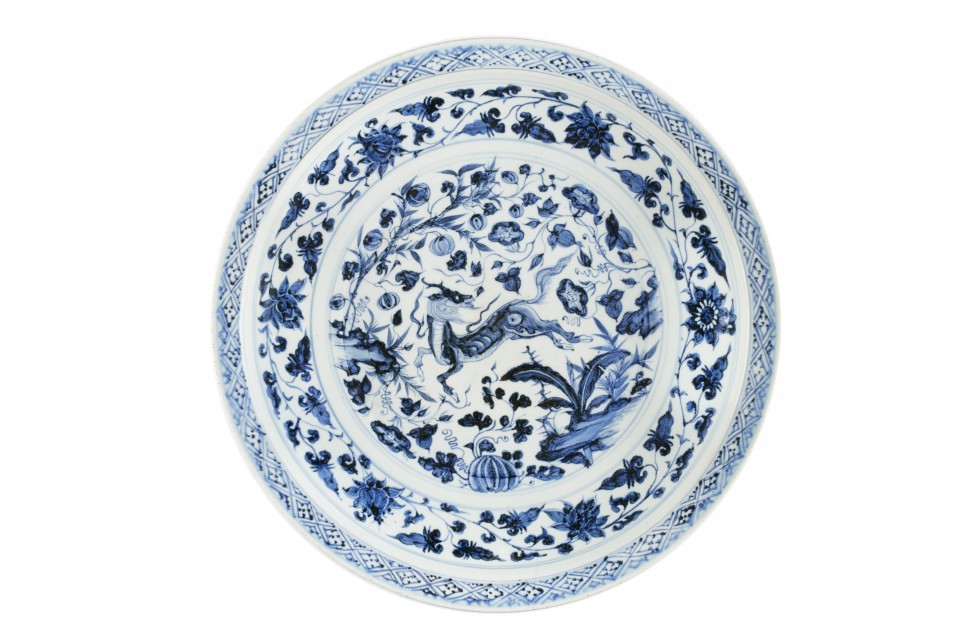 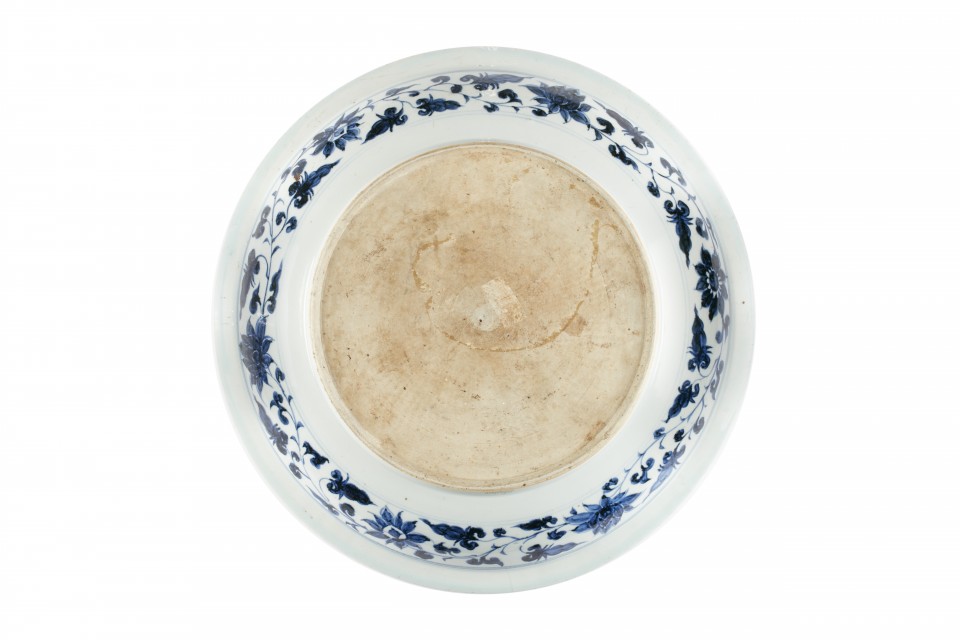 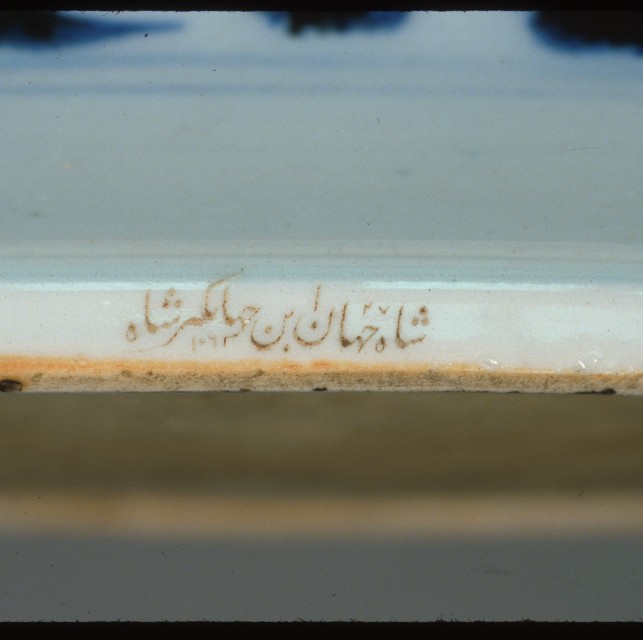 Decorated with traditional Chinese themes such as the mythical qilin (a unicornlike creature), bamboo, morning glories, melons, and plantains, this large, mid-14th century platter exemplifies the type of ceramics exported to the Middle East during the Yuan dynasty period. All these motifs are considered auspicious and convey wishes for good fortune and blessings. The style of the composition, particularly its density and complexity and the lack of empty space, is characteristic of blue-and-white wares made for export. The large size of this platter also reflects its intended market. It was most likely used to serve food to a large group of people. This custom differs from the Chinese tradition, in which numerous smaller bowls and plates are offered individually to each person sharing a meal. An inscription (on the outside of the footring) documents it as one of the few examples of Yuan-period porcelain known to have been preserved in India. Written in Farsi, it cites the name of the Mughal emperor, Shah Jahan (reigned 1627 - 1658) and gives a date that corresponds to 1652/1653 in the Western calendar. Inscription: The inscription reads Shah Jahan ibn' Jahangir Shah, 1063, with the A.H. date 1063 corresponding to C.E. 1652/1653.